Traditional vs manufacturing IT 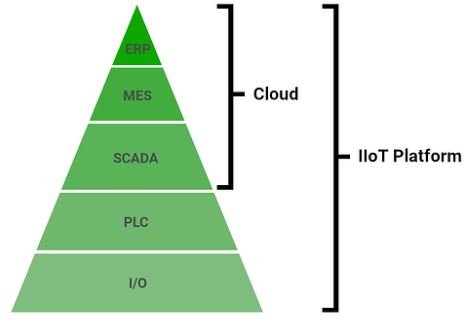 Decades of technological evolution have introduced an era of fast-paced information consumption that has no end in sight. In fact, it often seems to be more needed than wanted with Data Lakes/Big Data reigning supreme in an effort to milk the last bit of value out of what seems to be mundane data to the everyday IT user.

Traditional IT has leaped to the fore in this quest to satisfy the thirst for information that allows smarter decision-making along the road to a Utopian state of ‘better value for shareholders’. Based on 10 years of industry experience, I see the futures of traditional and manufacturing IT converging to a point where traditional specialists could barter well if they understood manufacturing principles and logic to a level that enabled them to deliver enhanced IT services to organisations in this industry.

Convergence – who hasn’t heard this buzzword before?

But what is required in this context, is a synergy between IT systems and actual plant requirements. I’ve been involved, too late in many cases, in many IT projects which tend to overlook that behind it all there is a plant relying on the system. Traditional IT is concerned with delivering a solution and then walking away: “Use what we’ve built, it’s based on what you asked for.” Manufacturing IT, on the other hand, is much more involved, often with complex integration into legacy systems or different vendor platforms. Dependency is a large factor in manufacturing IT because the systems need to pump data 24/7/365, whereas traditional IT has a much lower system dependency, i.e. maintenance windows can easily be scheduled to implement changes, and should the system be down, users can drink coffee and chat until it is online again – not so with manufacturing IT…

Manufacturing IT has a different kind of dependency

The idea that systems must be available ‘all the time’ seems foreign to traditional IT users. So large is the emphasis on manufacturing IT that terms such as industrial IT, operations technology, or manufacturing execution systems (MES), exist to distinguish the attention the one requires above the other. But no matter the different uses, it is still IT. It uses data, servers, networks and switches, the distinction being how manufacturing IT is operationally different when compared to traditional IT.

The analogy would be a PC used in the office environment vs one used in a control room. Both have Outlook for emails and diaries, both have applications relevant to the users’ job outputs, and both are maintained by the company’s IT department. But, changes or updates to the office PC can be done after hours when the PC is idle; not so for the PC in the control room. We have to schedule agreed maintenance windows, we have to find out who is working on the PC during what shift, we have to find out if the applications running on the PC are all compatible with a new Microsoft patch, and then, we most probably have to send out a technician to do the update manually since the PC is either not connected to the network, or not accessible outside its VPN. An even bigger problem is trying to get hold of any third-party vendors that have applications running on that PC. This inconvenience becomes a nightmare when Microsoft releases a new operating system that indirectly forces a company to upgrade half the technology in its MES layer!

Simple analogies, but true nonetheless. Traditional IT has a much greater impact on manufacturing IT than both disciplines care to admit. Our support models, our networks, our hardware and software compliances are all geared to traditional IT specifications, even the way we ‘do projects’ is geared towards traditional IT. Manufacturing IT, on the other hand, has a unique requirement: make me work and keep me updated, but do not disturb me unless absolutely necessary. Whereas traditional IT can be changed with relatively minimal impact on the safety and profitability of the business, this is not always the case with manufacturing IT.

There has to be a greater awareness of the complexity and vulnerability IT systems used in manufacturing face when compared to their office-based counterparts. The impact on manufacturing IT, whether from a security breach, a system or process update, or heaven forbid – a change to a safety procedure, is far greater than that of a traditional system. Convergence with a focus on distinguishable boundaries is applicable today. However, in the future I foresee manufacturing IT evolving alongside traditional IT to ultimately become the ‘digitalised IT’ we all aspire to achieve.

Traditional IT Manufacturing IT MES IIT OT IoT Industry40
MES, OT and the IIoT – what’s required for digitalisation?
Is South Africa in a 4th Industrial Revolution?
2020 MESA virtual conference – if you missed it you missed out!