Is South Africa in a 4th Industrial Revolution? 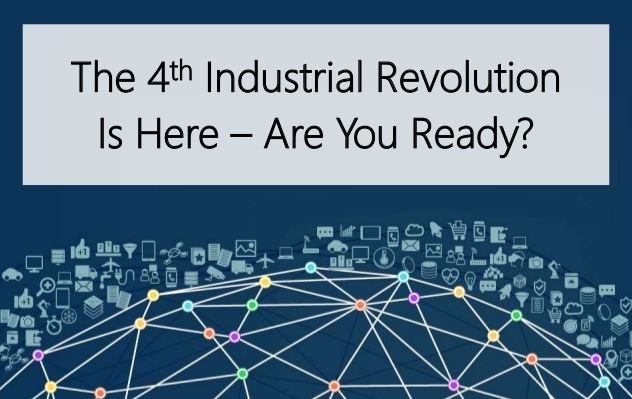 It’s not a rhetorical question, but more one to put ideas into the minds of those capable of turning ideas into solutions – government, industry, thought leaders and entrepreneurs alike. The 4th Industrial Revolution (4IR), or evolution, has been set as the proverbial carrot dangling ahead of any business which seeks to grow, but lacks the drive to do so. Who would pass up an opportunity to be part of something new, especially something with the word ‘revolution’ in it?Personally, I think some industries are well into the 4IR, while others are lagging. We have no shortage of proven OEMs operating in South Africa, each with world-class implementations of a solution that ticks one or more 4IR boxes. We have a few enterprises that are truly embracing the 4IR with smart solutions across various industries such as mining, engineering, IT, manufacturing, and healthcare, to name a few. Where we need to focus more on 4IR adoption is in our national and local governments. The benefits of 4IR adoption are vast, but the South African government can benefit from the most basic implementations of a 4IR solution.

Off the top of my head, I can think of IoT solutions that can assist with asset tracking, legacy system integration, smarter clinics, smarter vehicle licence issuing; the list of immediate improvements an intentional 4IR focus could bring is almost endless.But our government has only recently, in October 2020, gazetted a planned response to the 4IR wave. What does this mean though? Planned … response … gazette, too many fluffy words without action or intention associated with them. In 2018, the national government officially announced that it would prioritise interventions to take advantage of rapid technological changes, the gist of 4IR. Two years later, the formation of a 4IR Commission is established to focus on policies, strategies and plans to position South Africa as a leader in the evolution and development of the 4IR. Apart from its mandate, which is to advise and make recommendations on anything 4IR, the names of the individuals who make up the committee have been released. The good news is that many individuals on the committee are from the ICT/telecommunications sector, the bad news could be that we are lagging. Why did we not do this in 2018?

While digging, I came across this ancient artefact – the Advanced Manufacturing Technologies Roadmap Project (AMTRP) – which was created by our government to identify and enhance high-potential research and development capabilities, and develop niche areas in the South African manufacturing sector. The aim was to facilitate a move to a manufacturing industry characterised by advanced technology and high-end human resources. So, apart from some black-ops sounding definitions, where are the actions and the guidelines that facilitate ordinary people to drive industrial innovation? 4IR and AMTRP should join forces and start partnering with the private sector OEMs, and not just talk about it.The 4IR Commission presented a 227-page document to parliament, which was subsequently approved as some parliamentarians shouted, “Let’s move ahead and get our country 4IR already.”Private sector OEMs have the technology to address the problems faced by our citizens, and government has the mandate to fast-track 4IR implementations. A match made in heaven one would expect, right? Well, no. Each month, SA Instrumentation and Control magazine contains editorials about solutions that speak to our problems, such as porous borders, declining manufacturing output, large-scale theft, and corruption aided by broken systems, processes and the like.2020 exposed the lack of 4IR adoption in South Africa to deal with financial crime (fraud). However, our private sectors and government collaborated at warp-speed to implement 4IR technologies that focused on identifying Covid-19 hotspots, managed copious amounts of patient and test data, and made this data and information visible on dashboard applications. We have personally adopted successful work-from-home (WFH) policies enabled by reliable networks, smart buildings and autonomous responses/alarms to identified persons.

I say we have fallen into the 4IR evolution by force majeure, not necessarily a bad thing. Depending on your current industry, occupation and social status, the question posed will have different answers. In my industry and personal life, I can say that yes, South Africa is firmly on track with the qualifying of 4IR technologies and solutions. But for the many millions of South Africans who do not have reliable or adequate Internet access, who do not have a personal computer, let alone a smartphone, accessing or benefitting from 4IR technologies and solutions is not necessarily on their radar. For most South African businesses and citizens, I’d argue that they remain in the 3rd industrial era and the evolution will leave them behind with serious ramifications for our future growth and economic prospects. ple Text

4IR 4th Industrial Revolution
MES, OT and the IIoT – what’s required for digitalisation?
2020 MESA virtual conference – if you missed it you missed out!
Will OT take over MES?